Today I’m here to talk to you about the magic of friendship and the way in which it’s portrayed in games, specifically I’ll talk about Otome games and how they handle friendships. Otome Games, also known as “Maiden Games” are ones that usually target a female market where the primary goal for the player is to develop romantic relationships with potential suitors. These games usually offer some sort of simulated mechanic, like with Princess Debut and dancing and are often presented to the player via visual novel. Players sift through dialogue sequences hoping to select responses that will make whatever character they’re talking to the most happy. Otome Games ultimately center around the bonds the player forms with others and are often attributed the castoff name of “Dating Sims”. 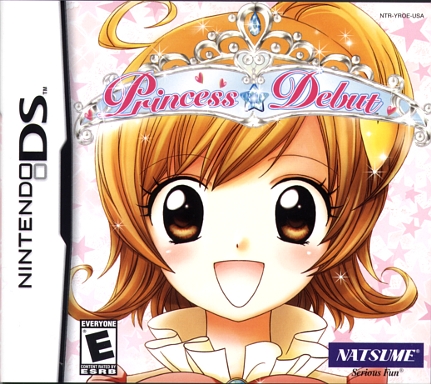 So why use something that basically amounts to a dating sim to address the issue of female friendships, because really wouldn’t any woman present ultimately competitors to the player in this game we called love? The answer is no, don’t be a misogynist. The beauty about some, admittedly not all, Otome Games is that the core mechanic for most of the games center around character relationships, with the player needing to exercise empathy and effort in order to connect with people. Usually this will result with the player “winning” friendships or romance upon completion of the game. Because of the need to act empathetically, Otome Games make a mechanic out of important aspects of socialization and sometimes present wonderful portrayals of female friendships. Because the goal is to ultimately understand these in game people these relationships are never antagonistic or competitive, instead presenting women as both complex and unique individuals. 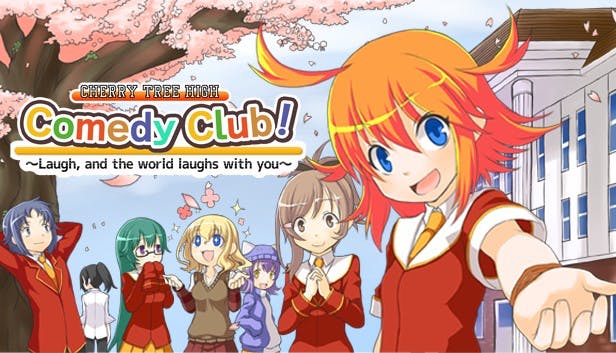 I recently picked up Cherry Tree High Comedy Club during a Steam sale. The game centers around a girl hellbent on starting a club to follow her dreams of becoming a legendary Comedian. The game itself is pretty fun with bright colours and a decent happy go lucky soundtrack but what most impressed me was how the game handled character interactions. Given that the overarching goal is for the player to recruit at least 3 of 6 characters into their club, the player must establish close friendships with these potentials in order to convince them to join. The wonderful part about this is that it’s only through interacting with people everyday that you find out more about them and how best to make them happy. Over time its through the progression of these relationships that the player learns more about their own characters back story and what motivates her. The game is entirely devoid of romantic undertones and centers wholly around the formation and the importance of friendships in the building of trust and commitment. For an Otome Game I had never heard of I was delighted at the chance to make friendships and have those be integral to my success at the end game. Especially when I didn’t have to win some contrived “romantic” reward image.

One of my personal favorites that features romance but doesn’t make it central to the game is Persona 3 Portable. P3P on the PSP is a revamped version of the PS2 game Persona 3. In the PSP version you have the chance to play as a high school girl with improved mechanics in battles and additional content elsewhere. The beauty of the Persona games if you haven’t played them is that along with balanced and genuinely fun battle mechanics, the best way to make your character stronger is by interacting with others socially. The system is known as Social Links and the player has the opportunities to spending their days trying to make friends. Each of these relationships as they progress will provide the player with greater bonuses to put towards fusing their personas, making them more effective in battle. Eventually these Social Links will become maxed allowing the player to fuse the strongest personas in order to wipe the battlefield with their enemies.

The way in which Persona 3 (and most Persona games) allows positive social interaction to have a direct impact on combat is simply amazing. The mechanic itself asks the player to utilize time management skills to get the most social time possible into their day and that the player is rewarded with a brief cutscene after each social level increasing. It’s cool how the game goes out of its way to motivate these character interactions. Another thing to thoroughly enjoy about P3P is that in playing as a girl a whole new world is open to the player. You the player have the opportunity to socialize and create social links with your surrounding party, the male only being able to do “romance” the ladies in the party, ignoring his fellow dudes.

You as a girl get to romance the boys, or choose to be their friend (an incredibly gratifying, platonic friendship between the main character and Junpei being central to the plot) as well as with the women in the party. This is where the game really shines, at least comparatively to its original incarnation. The three other organic women (Aigis, a battle droid being a special case) members of SEES in the original game are defined by their relationship to the player. They reveal insecurities based on how romantically involved the character is. In P3P as a girl you have the opportunity to get to know these women from the get go. To be able to bond with them over mutual effort in a club or air out frustrations in their lives. The cutscenes between your character and say, Yukari, came across as profoundly deeper to me, rather than merely increasing romantic tension between characters like in the original game. Being able to interact with these girls for the purpose of their friendship changed my overall perceptions of them too. The first time I ever played Persona 3 I found all of them varying levels of annoying, cold or awkward, with my finding other more dynamic women with whom to start a relationship. Yet playing as a girl had these characters opening up to me and revealing more of their personal feelings on things. Slowly I began to understand where these characters were coming from and relating to them on a personal level, rather than perceiving them in so far as how they affect me and my Social Link status. Things like this are what make me realize the importance of female friendships in games.

Stereotypes aside women in games have this tendency to define women in relation to the men in the game. The implication is that women are friends only in confluence with men in each others life. If a woman is un attatched she is often antagonistic to the player, as a rival or an enemy. This means women in games are actively socialized to believe that we are in natural competition with each other. This where stereotypes like women in groups being catty or petty gossips come from, creating antagonistic perceptions of female relationships where they are constantly trying to out pretty, outsmart and out perform other women. This may also be why something like “special snowflake syndrome” manifests, wherein women start thinking that because they don’t act in certain stereotypical ways that they are different from the whole of their gender. Not liking one aspect of stereotypical femininity doesn’t make someone above one group or another. Hating pink doesn’t make someone unique, it makes them intolerant.

This phenomenon isn’t helped at all by the tokenization of women in media and especially games.

Applying the Bechdel Test to a medium like games is a little hard and kind of unreasonable. The test was designed for film and anyone can see that the interactivity of games makes passing or failing the Bechdel Test partially dependent on the player rather than the creators of the game. Imagine a game like Mass Effect where the player can play as Male or Female. As Femshep the establishment friendships with your female crew means the game passes the Bechdel with flying colours. As Broshep the game fails miserably. Yet one thing to pull from the Bechdel test could be the necessity of at least two women in the game. Many AAA titles will only feature one, maybe two women that are central to the plot. These women are usually the emotional props for the armed white dude so common in modern gaming. By making a single woman representative of her entire gender in a game it means that all of her meaningful relationships can only be with any of the men on screen. It doesn’t help that these women, as I pointed out early with Persona 3, are often defined by their relationship to the protagonist, as a sister, a daughter, a mother or a love interest. By not showcasing women connecting with one another it’s basically like saying that women are incapable of forming connections with one another.

This isn’t to say that Otome games aren’t problematic. The assumption that these games designed with women in mind dictate that we inherently desire romance as the driving force for a plot is irritating but sometimes they touch on something fundamental that AAA titles lack: A strong foundation of social interaction between women and the formation of bonds and trust that mimic those that we make in the real world. Female friendships need to be part of everyday media that we consume. We need to be able to showcase to people that womens relationships are important and the bonds they can form transcend any petty stereotype. Friendship is magic and it needs to start being a staple in gaming.