In the article Women, Gender and Technology, which details the way different subdivisions of feminism interact with technology, it gave some fantastic examples of how technology designed by men can be limiting to potential females who wish to interact with a given technology. A perfect example for this is this big behemoth of a controller:

The original Xbox controller… It’s big, clunky, a little ugly and has far too much surface area for someone with small hands. It’s designed in such a way that there were times in my youth where in order to complete a task I would need to use my pinky on the right trigger while simultaneously trying to reach the white button with my thumb. Which is ludicrous. Why should I have to complete a series controller acrobatics just to heal myself – which is required to complete a game, hmm? From a marketing standpoint: I as a I female don’t take up enough of a market share in order to facilitate enough of an investment into research on how to curb this problem. So they’ve designed a piece of technology that marginalizes a portion of the consumer base all because of the size of their hands, who won’t use this technology because it is difficult to interact with and then the creators of the technology have the gall to infer that women don’t make up enough of the market share. Wanna know why? Because you created an interface that blocks their entrance. The amount of times I have had well meaning friends (usually male) try to talk me down from any sort of rage when it comes to the issue of interfaces, trying to point out that I managed to circumvent any problems with the technology, is staggering. I have no expectations for women to be as bull headed and single minded as I am in my interactions with games but to assume that it’s “impressive” that I got over this hurdle where other women didn’t? It’s annoying that it’s there in the first place well meaning male friends! So what I don’t understand is how a good business model is one that ignores half of your consumer base. whatever happened to the concept of equal access? Yes obviously the Xbox 360 controller doesn’t suffer from the same issues, but that the problem with the Original Xbox controller existed at all is just frustrating. Having an interface that creates problems with interactivity is a problem. It’s stuff like having a big ugly controller thats hard to interact with that makes it difficult for women to enter fields of game play. I mean really, how are we supposed to play games if we have trouble using the interface designed to interact with the game? Women don’t want to play games? Nope, you just don’t design technology with her in mind. Ya jerk.

There’s a whole other argument to be made about the “pink” interface phenomena. Why is it that white, black and red controllers are sold in regular packaging but if I happen to want a purple PSP I need to have Hannah Montana leering out at anyone seeing me play?

There is no attempt to “masculinize” and bundle certain games with certain colours in order to catch the eye of potential male consumers. It’s a purely female-oriented marketing phenomena, as if its necessary to condescend to women and their small magpie like brains who will only purchase anything so long as there are sparkles involved. I would like to point out that I am not arguing against pretty or different coloured interfaces, I’m just annoyed that it is only acceptable to have these be marketed at those who supposedly would not typically play games. Namely women, because the fastest way to wriggle your way into a lady heart is to douse something in Pink.

As Maren pointed out, there are a couple key issues with the physical design of technical interfaces and how these limit or discourage women’s accessibility to technology. Approaching this from a broader perspective, I would first like to separate sex and gender when discussing the “gendering” of hardware and interfaces.

We are making several dangerous assumptions here, firstly we have acknowledged that there exists a disenfranchisement for individuals with small hands/bodies who cannot properly access the controls of specific technical interfaces. Yes, on average women have smaller hands and bodies to use for interaction with the technology, but this also includes a portion of the male sexed population as well as children. Essentially we are discussing an issue of discrimination or bias towards individuals who are of a specific size.

This can also be seen outside the sphere of gaming/game developing when we examine the technical development of ergonomics through a gendered lense. Ergonomics are developed to make a more comfortable working experience for the individual body. However because of societal constructs women and men are disproportionately represented in many fields, especially technological fields. Therefore disconnecting the design for the worker with an accurate representation of all workers in the field. For instance, Ellen Balka, a Women’s Studies professor from the the Memorial University of Newfoundland describes this. “Although some ergonomic problems lend themselves naturally to a focus on women workers, gender is often not considered in the context of these [participatory design] studies. And, although Greenbaum and Kyng argue that feminist perspectives on science have had a major impact on participatory design, the emerging ‘participation ideology and methodology in ergonomics practice’ fails to address gender relations despite concern with issues such as collaboration and power sharing in client- consultant relationships.” I would argue that the disconnection from the client often leads to a men designing for men relationship, which somewhat limits women’s accessibility to technology through hyper masculinization of design.

An example of this can be seen in the marketing technique for most “Gamer PCs”. Toptenreviews.com listed in their top ten Gamer PCs review companies such as “CyberPower”, “MainGear”, and “Digital Storm”. All three of these brands promote images of dominance, power, and control. Here the companies are focusing on a hyper-masculine image to sell a product to an assumed male consumer.

Also I think we are neglecting how interacting with the interface within the software specifically targets an audience. Content that is developed by male identifying individuals depicts a masculine experience and often neglects the feminine experience. Thus we see an under-representation of women and women’s issues, especially in games that are based on hyper masculine topics. For instance the female representation is lacking in games like Gears of War and Call of Duty and historically war is represented through male experience and depicted for a male audience, disconnecting female identifying individuals from the environment and interface. 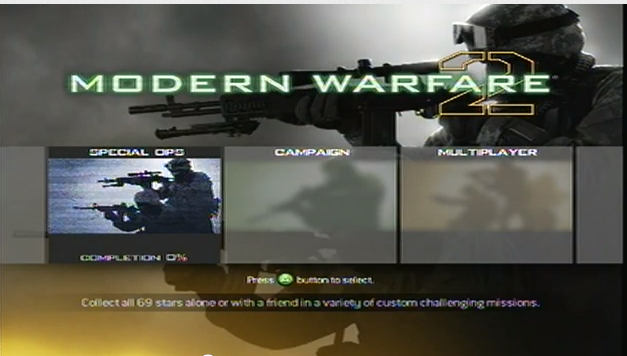 A concrete example exists in the menu for Call of Duty Modern Warfare 2, where the 3 menu items “Special Ops”, “Campaign” and “Multiplayer” all depict a male experience of war. Even the name “Call of Duty” is a nostalgic look back to the idea of conscription, an issue that affected men specifically. So I would hypothesize that through disconnection that female identifying individuals would be less inclined to engage with the media if they are presented with images of foreign experience in the interface. I wonder if it can even be argued that because war is a disproportionately male experience that this disconnects a lot of women from the immersion a game aims to provide. Even a game which is centred around a female protagonist, for example Wet has an interface that depicts a male experience designed for a male consumer. 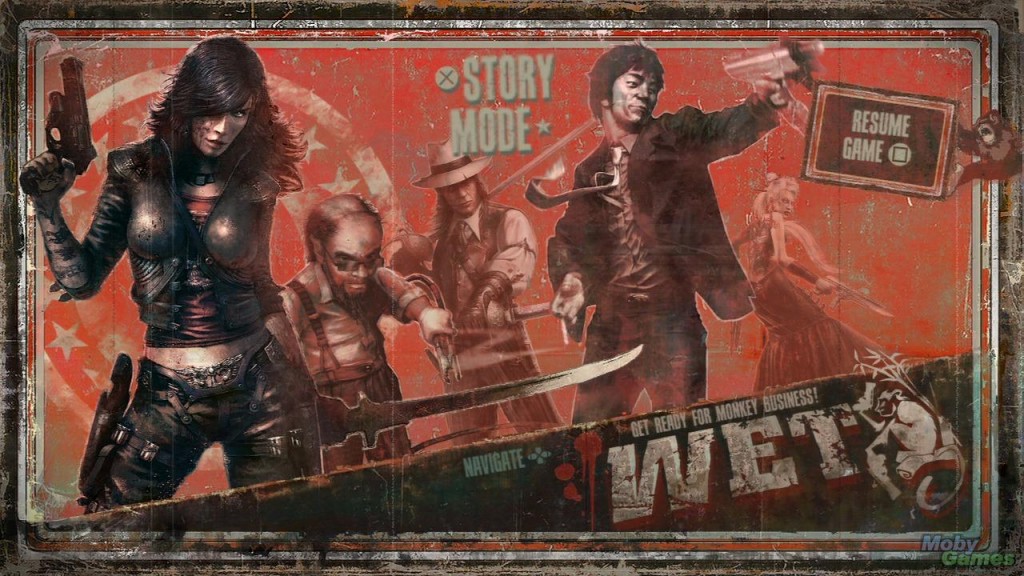