The intention of this post is to initiate a conversation about the treatment of race in games. Countless resources have been written about the treatment of race in the media, however few exist that work solely towards deconstructing race in games. I wanted to gather some of these resources to start a conversation about racist representations and racism in games.

To get started I want to address the question, “why is this important?” Yasmin Jiwani, Professor Concordia University, describes why it is important to care about racism in the media by identifying the major role the media plays as an institution. “They provide us with definitions about who we are as a nation; they reinforce our values and norms; they give us concrete examples of what happens to those who transgress these norms; and most importantly, they perpetuate certain ways of seeing the world and peoples within that world.”

The media fundamentally shapes the way we perceive the world and we must continually acknowledge this fact. I also want to draw attention to the long history of colonialism, slavery, and systemic oppression that exists in Canada and the United States. Which for me, is the local paradigm. Keep in mind examples will be drawn from East Asia as well specifically Japanese media that is very popular in North America. Studies have also shown the effects of this colonialist legacy on children as early as 1939 with the Clark doll experiments, where children were given a black doll and a white doll and asked to determine which had more positive attributes. This experiment was repeated in 2012 by the AC360 (Anderson Cooper) and children repeatedly chose the light-skinned doll as the most desirable, and the dark skinned doll as “ugly” or “dumb.” Racism still exists and we need to actively critique the world to change that fact.

Therefore we move into addressing a small portion of the media, video games, and the treatment of race within that scope.

I want to identify racist tropes in games. If we know what we are looking for, we can be aware and question why race is being portrayed that way and what assumptions are being made about racial or ethnic groups in the process. Also I hope to back up each representation with academic sources that can provide tools to discuss and deconstruct issues.

In many games race is simple ignored or under represented. A good example is the debate about the treatment of race in the Dragon Age series. The Border House blog commented on the responses to this debate and talked a little bit about the moderator responses on the thread. A great point the Border House author makes is:

Making an active decision to exclude black people is just as exclusionary as forgetting to ask and answer the question in the first place. You wouldn’t have to sit down and ask a question about “do we include black people” if white people weren’t the default human.

However I want to look at the fundamental issue surrounding that debate. Which is the absence of radicalized individuals in the game content. This absence begins in concept. This is the original concept art for the races in Dragon Age 2 from the Bioware blog:

Here it’s apparent that the only individual who could be considered “not white” is the male Qunari. It is also worth noticing that the only character that can be considered a person of colour is also demonized and drafted as exotic and beastial. As shown in by further Qunari concept art.

Bioware and Dragon Age have been under a lot of criticism for creating a world that features very little racial diversity. As well Dragon Age 2 has been criticized for showing ghettoization in a critical manner but excluding any races from being present. But they are not the only ones that are guilty of this. It is really important in any form of media to question the default race, and notice which races are represented and in what roles.

2. Creating a Culture and Reinforcing a Stereotype

The second point I want to look at was inspired by “The Power of Play: The Portrayal of Race in Video Games” by Anna Everett and S. Craig Watkins. Everett and Watkin’s article focuses on “urban/street games” and looks at the GTA franchise. I want to expand this to include more Rockstar games such as the recently release Max Payne 3, or Red Dead Redemption. The main argument here is how these games teach “dominant attitudes and assumptions about race and racial otherness through what we term “racial pedagogical zones” (RPZs).” 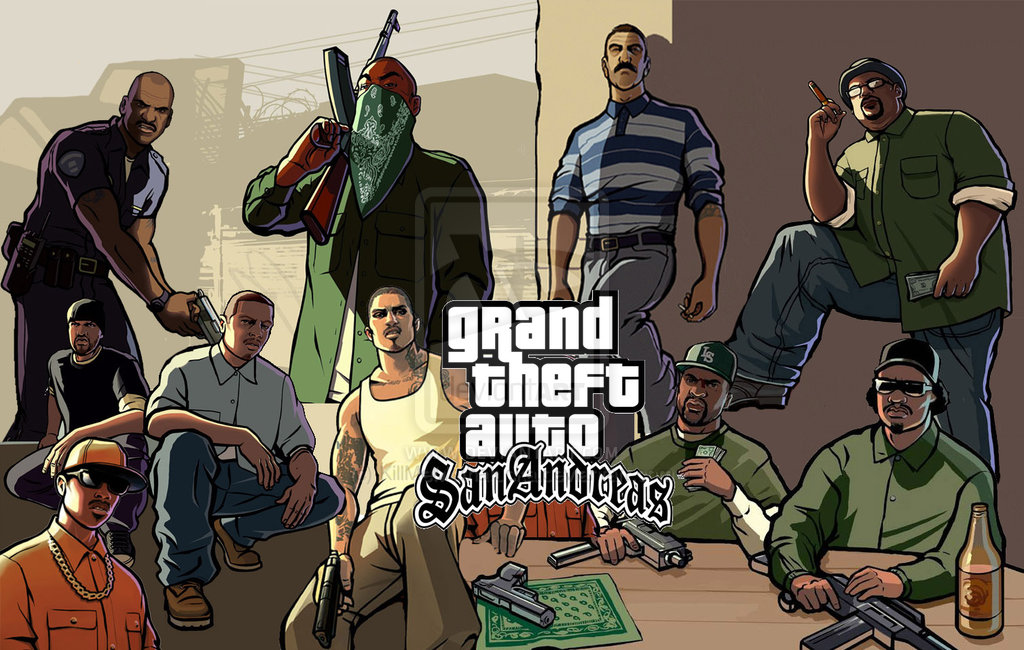 These game create cultural and ethnic centers that emulate the same stereotypes we see in other forms of media. But lets not ignore that Rockstar has also been known for simply propagating stereotypes with single representations as well. Such as Irish – the drunken Irishman in Red Dead Redemption. 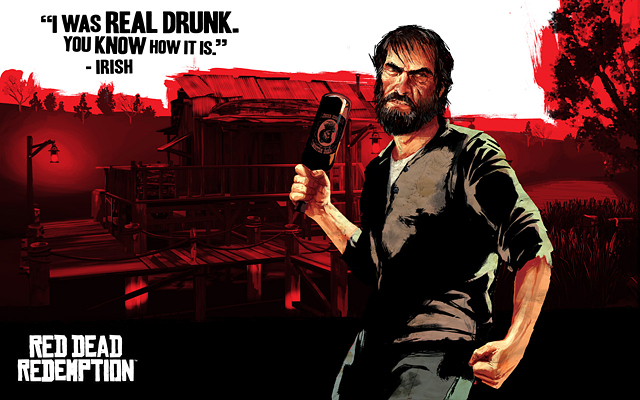 Definition of Tokenism from wikipedia “Tokenism is the policy or practice of making a perfunctory gesture toward the inclusion of members of minority groups. This token effort is usually intended to create a false appearance of inclusiveness and deflect accusations of discrimination. Typical examples include purposely hiring a non-white person in a mainly white occupation or a woman in a traditionally male occupation. Classically, token characters have some reduced capacity compared to the other characters and may have bland or inoffensive personalities so as to not be accused of stereotyping negative traits. Alternatively, their differences may be overemphasized or made “exotic” and “glamorous.” 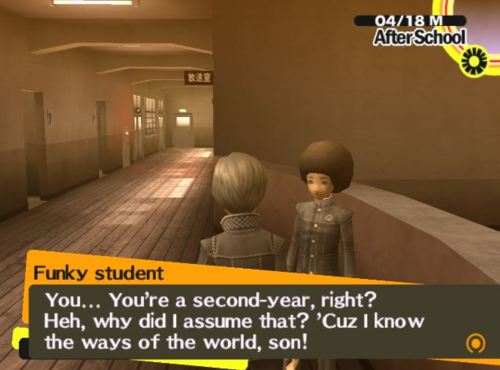 There is constant examples of this in video games such as the Funky student in Persona 4, Disco Kid in Wii Punch-out!!, and Afro in DDR Supernova being representations of black males that exoticize the characters based on cultural stereotypes that grew out of funk and disco music. These characters are often the only person of colour represented in the game. 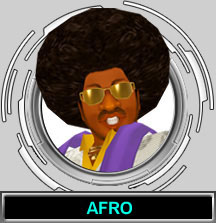 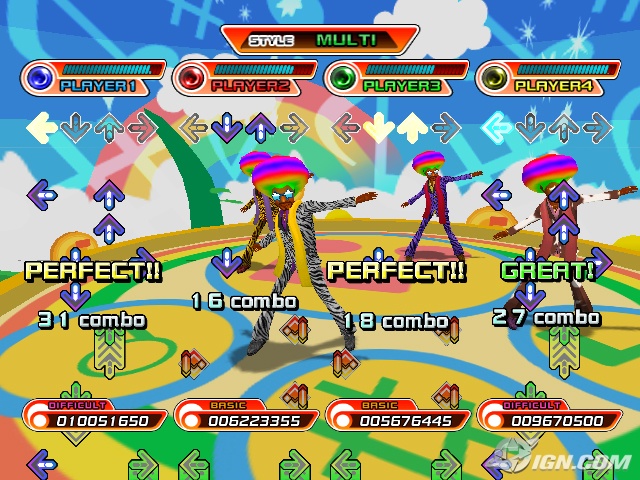 From wikipedia “Blackface is a form of theatrical makeup used in minstrel shows, and later vaudeville, in which performers create a stereotyped caricature of a black person.” These caricature spawn from a long history of systematic racial oppression and a legacy of slavery and racism.

A classic example of blackface that has bled it’s way into the games industry is Mr. Popo from the Dragonball Z franchise. 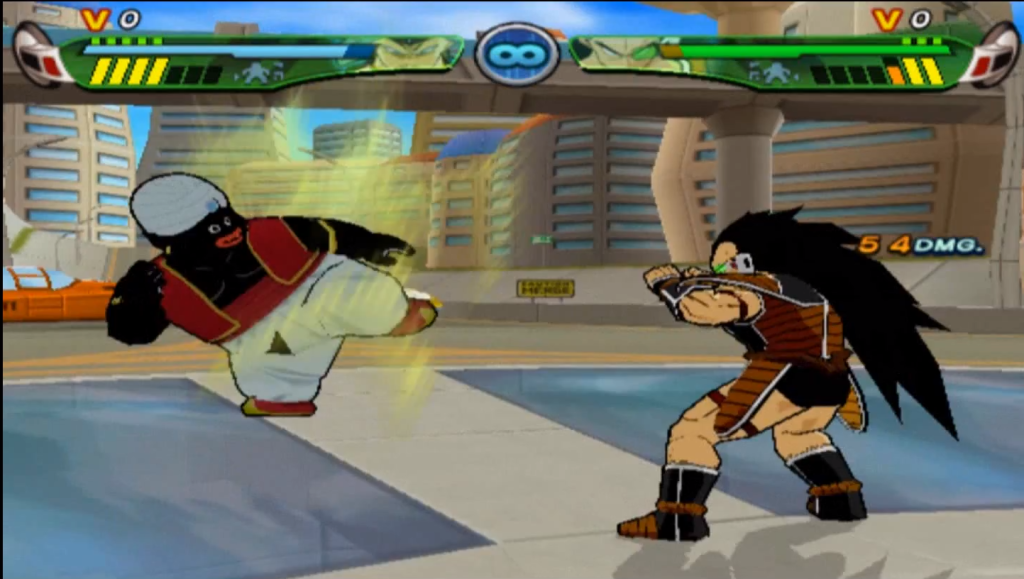 Mr Popo has been widely criticized as extremely racist, yet remained unaltered until the 4kids release of Dragonball Z Kai in 2012.

A newer example that was recently discussed on Kotaku, is the debate surrounding Tina Tina from Borderlands 2, and if the language she was written to have is an example of verbal blackface.

Now I know this list isn’t close to comprehensive. My only goal with this post is to initiate a conversation and encourage players to start talking about representations of race in games. If you are interested in reading more on the the subject you can also check out Kotaku breaking down race in games for Black History Month.