Whiteness in Japanese Games and Art

Lets start with Genji Monogatari. The tale of Genji is a piece of classical japanese literature written by lady-in-waiting Murasaki Shikibu in 11th century Japan at the height of the Heian era. The tale follows the life and adventures of a beautiful and talented Genji, the son of an ancient emperor. This epic is often regarded as the first modern novel and influenced much artwork and future writing in japanese history.

For example the Genji Monogatari Emaki, this is a 12th century emaki scroll designed to illustrate the tale of Genji, and to supply supplementary images to accompany and describe the crucial scenes in the tale. 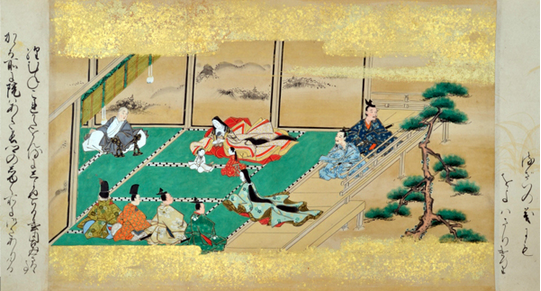 Much of early Japanese art felt is was rude to capture the likeness of a person. Realism was introduced in the 19th century when influences from the west began to appear in Japanese artwork. Emaki scrolls were essentially comics for the wealthy from the 12-16th century. In fact it is cited in quite a few sources that emaki is the predecessor to manga.[1]

It is important to look closely at the types of illustrations that occur in this kind of media, and pay attention to the visual cues that tell us about the figures in the scene. For example in the above picture some of the characters faces are represented as mask-like. There is very little facial definition in the eyes, nose, and mouth. As well it seems that some figures are represented as more pale than others. In fact this “whiteness” is meant to represent the particularly beautiful characters, such as Genji himself and the court ladies.

Many scholars have address the meaning behind the mask, attributing it to the reserved nature of Japanese culture and the restrictive expectations to express one’s emotions.[2] 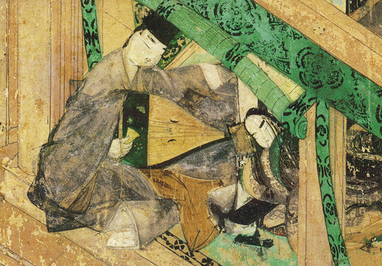 Others argue that the artists painted the beautiful figures with mask-faces in order to not interfere with the viewers own perception of what is and what isn’t beauty. Thus allowing the reader to project their own interpretation of beauty onto a character that is described as such.

So lets expand upon these interpretations to include modern manga and video games.

As made obvious in the picture many of the game covers feature manga or anime style artwork that uses minimalist features and pale skin to describe features of beauty. However, to be fair, the artwork has evolved to specify various aesthetic values such as moved from closed eyes, to large expressive eyes, and from billowing robes hiding the character’s figure to show a very thin and slender figure.

I would still argue though that anime and manga usually rely on descriptions of someone with textual or verbal indicators of their attractiveness rather than leaving that interpretation from the physical indicators in the art. (Unless those indicators are sparkles and a background of roses.) But what is shown as traditional beautiful often follows the same formula. 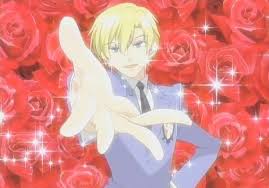 So, this is promoting certain aesthetic values. The representation of the main characters as the whitest is important. Especially in a place where the dominant skin tones are not pale. This lust after whiteness creates a hierarchy of skin tone in society and has various negative effects on women and men who attempt to achieve whiteness. 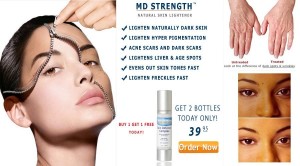 For example skin-bleaching creams that almost exclusively advertise towards women. These products also often have negative effects on the user’s skin and general health.

This phenomenon is also not isolated to Japanese culture. By promoting whiteness as an ideal in our protagonists in all sorts of media, many groups are affected, and this racism carries over to other aspects of society.

For example the 2012 documentary Dark Girls that discusses colourism in African American communities.

The second thing we should talk about is the addition of large expressive eyes. 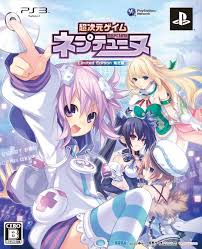 Now by specifically altering art and popular media to value certain characteristics we create an aesthetic ideal. This has social consequences, women are particularly affected by these consequences and the harmful side effects of these constructs can manifest in many different forms. For example I refuse to believe that these values are isolated from the influx in eyelid surgeries performed throughout east-asia, designed to “correct” the oriental eye to make it have more western characteristics.[3]

The final subtle change in art is the dress, and the exposure of an idealized figure that often includes a small waist, thinness, large breasts, and lots of exposed skin. The cover to the right shows the strange dichotomy between infantile characters and sexualized characters, both promoting a specific ideal for a thin body type.

This promotes another harmful ideal where women are held to an unrealistic standard of beauty. Also yes, some women do fit this ideal, and that is okay. However washing every piece of media in this ideal is not, it excludes a large proportion of the population from representation or relating to these characters, and as I have stated in many blog posts before, lack of representation leads to lower self esteem, less ambition, depression, and less representation in positions of power in society. Essentially it is, and leads to further marginalization. 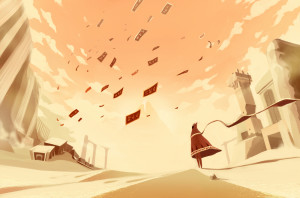 Once we have acknowledged the aesthetic values in this somewhat abstracted form we can move to talk about art and game design that takes abstraction of beauty standards to the next level. For example a game that is often described as beautiful is Journey.

Journey uses complete abstraction from race, gender, sexuality, and dialogue to create an experience devoid of any specific representation that is still relatable and engaging. However, even this isn’t entirely abstract, in Journey we can still tell the general shape of the character, and that the character is able-bodied, which eliminates representation for anyone outside those two categories.

Requesting abstraction of characters in every game is a little absurd though. Abstraction is a cool idea to consider, but is only practical in some cases. A better approach is being conscious of who and what is being represented as desirable and beautiful and attempting to incorporate unique and diverse identities. This incorporation creates more interesting stories and characters, appeals to a wider audience, and grants representation for marginalized groups (creating more healthy role models!)

In conclusion Japanese art and aesthetic in games (influenced from manga and historical Japanese art) provide a somewhat abstracted ideal of beauty however leave subtle clues as to the standards of beauty placed on society in that era. From the 12th century to the modern era this ideal has changed in a couple ways but has retained valuing white skin and paleness as beautiful. The changes to the aesthetic include moving to value large expressive eyes, as well as thin yet busty bodies as most appealing. But acknowledging and critiquing these social norms it opens our minds to think more about what abstract representations of beauty would really entail, and how we would show that in a modern game.