Where have all the Women Gone? : The Female Gamer in a Male Paradigm

In the last couple of weeks we’ve looked at a series of articles focusing unsurprisingly on issues of gender, representation and feminism in games. These articles have been a wonderfully brain wrinkling experience for me and you can find the sources in our recommended readings section on the blog. They have however raised a number of questions for me. For instance:

Who is the typical gamer and why?

According to Google Images it’s this guy: 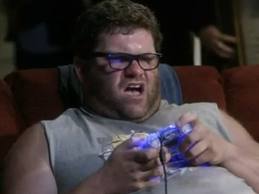 A sweaty, fat, white guy who looks to be in serious need of some lessons in personal hygiene. We of course know this is wrong, as intellectuals we understand that there is a whole dynamic range of gamers. Women, men, gay, black, Asian and anyone who has the opportunity to interact with games. I’d argue that anyone and their grandma can be a gamer if they so choose. But this is not the way marketing operates. It makes assumptions based on a perceived core audience in order to skew their sales tactics to appeal to this one sub-group of people the best. Often times they are perceived to be the most in number, or at the very least the group with the most disposable income. So like Google, major publishers assume that if you play games you look like the unappealing sweaty white guy in the picture above instead of what may actually be the case.

Marketing has marginalized people for years by assuming the only people who are willing to interact with their products are those within the market they have already cornered. I addressed this a little in the technical interfaces post but can I just reiterate my point for a moment. The games industry is a wholly consumerist based entity that has a mentality of buy more, be better. Buy DLC to get more levels, it will make you better, you might even get some cool weapons in the package, yay! There are countless expansions, tie in comic books, board games and Taco Bell products that we are made to believe will better our experience with a game. We even see this in the bombardments of cross marketing: buy Mountain Dew, be better at Halo 3. 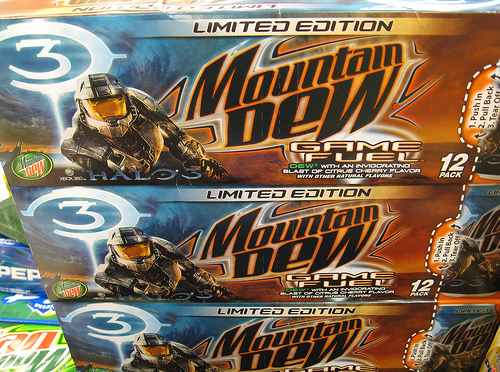 So we can agree that gaming is a profit driven industry. That it refuses to acknowledge, other than the occasional hat tip, women as a section of its demographic is mind bogglingly insane and a really poor business model. For some reason women have always been an especially untapped resource for games marketing. And it’s not because women happen to suffer hairspray saturated brains or that their fishtail braids are tied too tightly for them to pay attention to all the big scary ‘splosions and they only like pinterest-y things. No, I’m pretty sure most women are put off by the way games objectify their gender to help sell games. 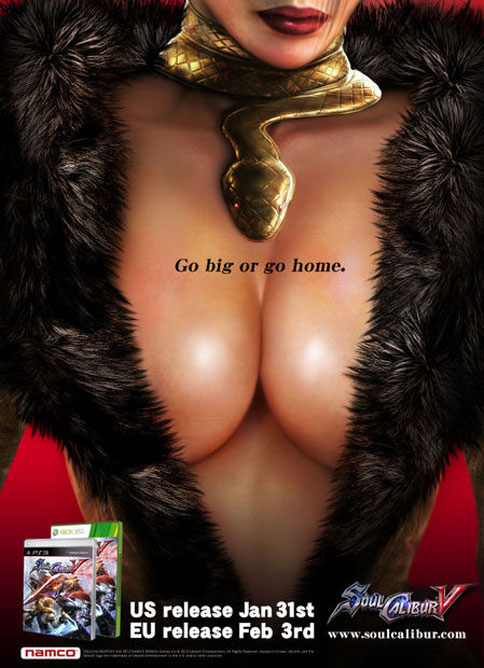 See, women just happen to be put off by scientifically impossible feats like gravity-defying cleavage. I know! I find it shocking too. How is a creepy faceless set of boobs off-putting in the least? Maybe it’s the way we can only see the big sensual pillowy lips on her face and not her eyes. Of course it might break the fantasy if you had the the woman currently being ogled staring back at you. We don’t know if she’s happy with all the attentions, if she’s scared or if she’s angry. The expressionlessness is more than a bit disconcerting and could potentially have weird connotations of rape if you read it carefully enough. It’s the over sexualization and de-humanizing quality of much of the video game marketing that I’m pretty sure gives ladies everywhere (myself included) the heebie jeebies.

Another nice bar to the entrance of women in gaming happens to be issues of competency. Allow me to explain…

One of the studies outlined in the unbelievably fantastic Jenson & de Castell article tries to inform the reader that girls compared to boys just tended to be disinterested in games and technology. That women because of some perceived notion that interacting and using technologies is less feminine, they tend to avoid all things techy in order to appropriately denote their status as a feminine lady parts person. Which then leads to women generally lacking competence because they are so ingrained in some idealized model of femininity that is inherent to calling oneself a woman. Which kind of sounds like essentialism to me. Which is complete and utter baloney focusing on the inherent differences between men and women. The argument that women inherently lack competency in technology is like saying that women inherently can’t read because their brains are small and big words are hard. Just no.

Want to know what women truly lack? It’s a strong supportive base socially from the people in their lives to teach them that playing with computers is a totally normal thing for girls to do. Instilling in young ladies everywhere that playing with technology doesn’t make them any less of a woman might be a cool thing we could start doing. Basically what I’m trying to get at, is that competency in technology is not some sort of instinctual drive instilled upon men through generations (as someone who has watched my father struggle with DVD players I know for a fact that it isn’t true). No, technological competency is a byproduct of practice and experience. It is a person getting comfortable enough to feel confident in their use of a technology. Some might argue that a lack of female competency is a result of societal pressures exerted over how women feel they fit into the world. Other might just chalk this up to the those who technology is created for and by: Men.

Now I’m going to go all Case Study on you with my story. I to this day have never had a console bought for me. Any gaming interface I own is the product of my own finances being put towards my interests. I am basically one of the a-typical cases of having secondary access to games via a male in my life, my older brother. For you see my brother had all the latest consoles bought for him. I was however one of the lucky ones where my brother had a competitive nature and loved to play his old genesis games with a friend, or in our case, me, his little sister. This is the case for many young women game players, whose first introduction to games was usually via a male figure in their life: brothers, fathers, boyfriends.

My goal with my research and future career is to eventually create a safe and welcoming environment, where girls of all ages can come interact with games comfortably and hopefully experience for themselves the love I feel for this medium. A girl can dream, no?