Fighting like a Girl: Representation in Towerfall and Super Smash Bros

Recently in between trying to salvage something readable out of a paper written on Tomb Raider, cleaning a messy apartment, and battling a pest problem, this writer bought and played the Steam version of downloadable Ouya game Towerfall, Towerfall: Ascension, with several friends. Towerfall is a brawler, played with a gamepad and three of your most bloodthirsty compatriots, wherein the player must shoot other players with arrows as fast as possible, lest the game decide you are taking way too long, and flood the battlefield with lava, killing all participants and ending the match in a draw. This invests every match with a sense of immediacy and a need to kill the other player characters as fast as possible. I have never had as much fun jumping around on screen, dodging, dodge-cancelling, shooting arrows that turn into massive fields of brambles, and snagging boss-ass power ups and jumping on other people’s heads. Except for maybe in Super Smash Bros, or Mariokart, I have also never been as competitive.

And while this game is great for all of the things mentioned above, Towerfall is also great because out of the eight player characters, four (50%) are female and are not objectified, not stylized with “female armor(read: boob plating)” or not otherwise portrayed to reduce them to a pretty object. I realize this is small praise, as one may think “but Towerfall’s art style is low-fi 16 bit, so really this isn’t that big of a deal”. And yeah, this writer will admit that having a diverse, 8 person cast in a 16 bit brawler isn’t that big a victory for diversity, and there are only two people of color in the entire eight person cast. But you take them when you get them. While having diversity in a game without a very strong story narrative also isn’t a great victory either, having a brawler where the cast is truly diverse helps broadcast to the player that the appearance of the player is not what matters, and that the power that the player acquires/wields/represents is something that any one can have within them, or that basically every race and gender is badass regardless. I realize this may sound a great deal like headcanon or extrapolation, but bear with me.

When you are a woman, or person of color, a person who is queer, or a person who otherwise identifies outside of societal norms, simple representation can make a huge difference in how well one attaches to something, feels included in the game world, or empathizes with the main character. This does not mean that say, I need every Final Fantasy protagonist to exhibit a wanton desire for hairy men, but it’s nice to see games where people can be not straight, cis-identifying white males because this makes the player feel as if they could be seen in that world too. Plus, let’s be honest, we’ve been playing as straight, cis-identifying males for the last thirty years, so it’s nice to just kick ass as a lady, queer, or a person of color. And this extends to fighting games and brawlers, even if it’s just through an aesthetic or an unlockable character. That funny thing known as, “representation,” that Maren was talking about, just last week? Yeah, it’s actually really easy to implement. Especially since, in some games it’s just a matter of how a certain character looks or how they are addressed through pronouns in game dialogue or whatever. This does not mean that every player character in every game should play exactly alike- but in fighting games appearance for some characters is just as easy as a change in color palette or an arrangement of pixels. A lot of developers make noise about how “oh we don’t want to put women in our games because the technology isn’t available yet” or because they don’t want to get political or because they don’t have the “technology” or something and truth be told, this writer thinks those are lazy bullcrap excuses that people use to uphold the status quo and if a developer really needs to please an all white and ethnically insensitive fanbase to keep them buying their game in order to be successful, that their game is probably a piece of garbage and that they couldn’t peddle it to desperate, dirty mimes let alone game playing human beings. 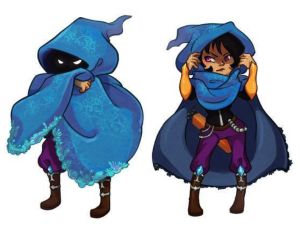 Towerfall Ascension isn’t perfect. While the cast is half female, there are only two people of color, and really only one player character who isn’t young and anime. And there isn’t any queer representation at all (although not really sure how it could be implemented). But it’s already more diverse than the entire revealed roster of the upcoming Super Smash Bros., and also less objectifying of the female characters. See, the roster for Nintendo’s brawler has almost been completely leaked, and while some of the internet feels that this is a relatively progressive roster, this writer can’t help but feel like this is somewhat ridiculous. Especially since most of the women on this roster are fetishized and will probably have cheesecakey options included in the game (such as Zero Suit Samus’s skintight, significantly chestier redesign or the ability to pause the game and look up Peach’s bloomers) that will reduce the women in the game from strong female characters to sexy punchlines. Considering that most of the male fanbase will be able to look forward to playing as extremely badass and cool-looking male player characters, I think it is only fair that female fans of Super Smash Bros. should be able to do this too. So while it’s nice that Super Smash Bros. has almost a third of a roster of female characters, this writer can’t help but feel like this type of “settling” is stupid.

We shouldn’t have to excuse or applaud including seven female characters in a fighting game that boasts to have well over twenty one. Maren, who articulated frustrations with the condescending, insulting, and archaic representations of women in the most recent South Park game, illustrates a feeling of frustration this writer identifies with, and agrees by stating that at this point, playing a video game as a female character should just be the standard, not a punchline. It should be considered a default, not a hidden alternate costume, or piece of bonus material. These are frustrations I can definitely identify with (although this writer is extremely privileged in that he can at least identify with most videogame protagonists with regards to gender, although real talk: he will almost always play as the female option when given the choice because the female romance options are usually far more appealing and juicy {which is also a bit sexist in itself? but that’s a different kettle of fish}) and this writer wishes that moreover, he did not have to go grabbing for third party indie titles to find a title with actually equal and fair representation, even though it’s not that big of an accomplishment, because representing gender and race equally is just that easy.

Recently a friend told this player about how upon playing the most recent Pokemon game and coming to the player customization screen they almost had an emotional breakdown, simply because for the first time ever, they could see their skin tone reflected in the game they were playing and the avatar they were using. Maybe this is why PokÃ©mon is the fastest selling 3ds game so far- because it benefits from appealing to more people who can simply see themselves onscreen. Maybe it’s because they felt like for once, they weren’t just playing an abstract someone who could wield power and be renowned for it. Hell, maybe it’s because the world feels more tangible, or closer to the one we inhabit, rather than just a magical, far off all white boy land. This writer, however, prefers to think of it though as being rock solid proof that sometimes, just simply being inclusive with representation can speak volumes towards expanding your audience and becoming a more diverse and tolerant community. Which pays off for the production side by being more appealing and successful, and paying off for the everyone by becoming a more diverse and visually representative community. Because after being a cis white boys club for the last forty years, it’s kind of time to share the space and acknowledge that there are other people in it.