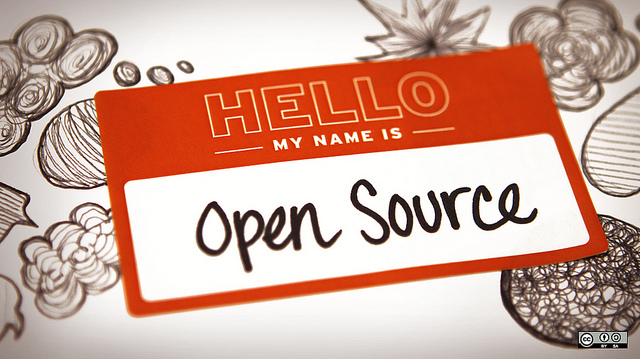 Open source is rapidly becoming one of the most influential communities of our time, but I have been noticing more recently that many open source projects are lacking in female founders, contributors, and supporters. So I wanted to write a quick post on the importance of open source and urge more women to contribute to existing projects and initiate their own projects.

Some statistics talking about the lack of women in open source can be found on the Ada Initiative website. But here is a quick survey summary. The census that this data was collected from ran in 2011, and surveyed 2, 844 people who were mostly involved in open source in unpaid positions.

I think a good place to start is talking about Drupal. Drupal is an open source content management system that has over 1 million supporters and one of the most promising open source support groups for women. Women in Drupal (formerly DrupalChix) is a group within this open source community that supports diversity and encourages women to participate in the Drupal community. The group is very impressive, if just for it’s international membership, but also tracking improvements in the number of women contributing to Drupal. From their group website:

Only about 1.5% of the people involved in open source are women, leaving us terribly underrepresented. In the Drupal world, we’re up to a whopping 17%, which only gets us to awfully unrepresented. ðŸ˜‰ This group is for anyone (male, female, or otherwise) who believes that we can do better and wants to help.

However these types of groups do appear across many open source projects. Another notable group is Ubuntu Women. Who have conducted a really interesting survey inquiring into what women are expecting from these female friendly spaces. The results are as follows: 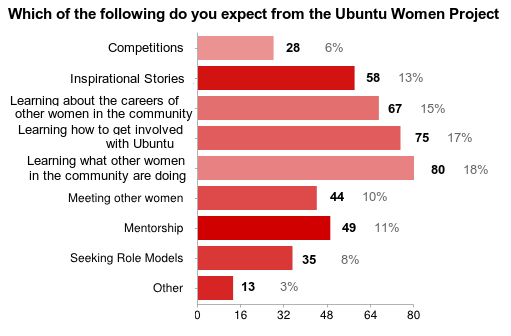 From these results, it is clear that a large portion of people are seeking engagement, social networking, and community.

Another cool initiative designed to get women participating in open source is The Outreach Program for Women an initiative sponsored by a variety of large initiatives including Wikimedia, Google, HP, Intel and many more. This program runs summer internships for women wishing to get involved with open source projects. The application deadline has already passed (March 19th) however initiatives like this give women an opportunity to work with a company in order to launch them into the open source community. This is a great remedy to the isolation and confusion often experienced by women looking to get involved in computing, programming, entrepreneurship, and open source.

The final resource I want to promote is for women interested in pursuing open source projects, check out this amazing list of open source summer internship opportunities compiled by Open Hatch.

The final point I want to emphasize is that participation in open source is not just for programmers. Most large projects need designers, artists, and writers! A fantastic example of an interdisciplinary project is HabitRPG – which I love – that is a gamified task manager. The project itself seeks contributors for pixel art, programming, and writing. They manage most of their tasks on the very user friendly Trello and have extensive documentation about how to become a contributor.

They also list all of their programming languages and platforms so users can read up on the code/technologies before jumping in. There are ample directions for new users who which to contribute – and many open source projects are set up the same way. The only thing a developer/artist/writer has to do now is choose which one to contribute to.

Open source is an amazing community that provides many importance pieces of software for users and developers. It is also a gateway into software engineering and a great way to get experience when applying for jobs. I strongly encourage women who are looking for experience in coding, art, documentation, and technology to get involved in open source.