Can you DiG it? Women within Games Panel

This past Friday (March 14th) I was invited to speak on a Women within Games panel at the University of Alberta’s “Can you DiG it?” Humanities Computing Conference. In this post I want to quickly summarize the panel and discuss some of the issues that were brought up.

However, first I want to take a minute to plug how awesome Humanities Computing is, and what benefits this unique discipline offers for students. Humanities computing or digital humanities is about studying the intersection between technology, society and culture. Some topics of study include the social and cultural impact of games, differences in games across cultures, using social media to track political and grassroots movements, and a variety of other interesting topics. If you are interested in studying gender and games in the academic realm – this is the place for you. As well if you want to learn more about the digital humanities check out the Humanities Computing Department at the University of Alberta.

The women in games panel consisted of myself, Neesha Desai Computing Science PhD, and Karin Weekes editor at Bioware. Unfortunately Weekes was unable to attend the panel so only Neesha and I were there to answer questions. I also made this awesome prezi I didn’t use so I’m going to post bits of it here!

So let me introduce myself. 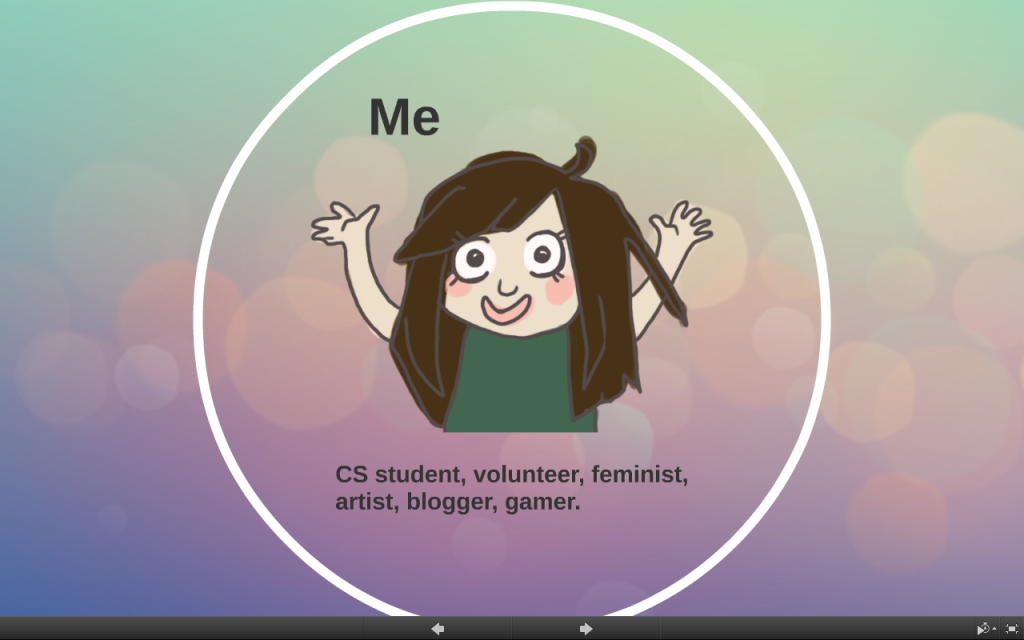 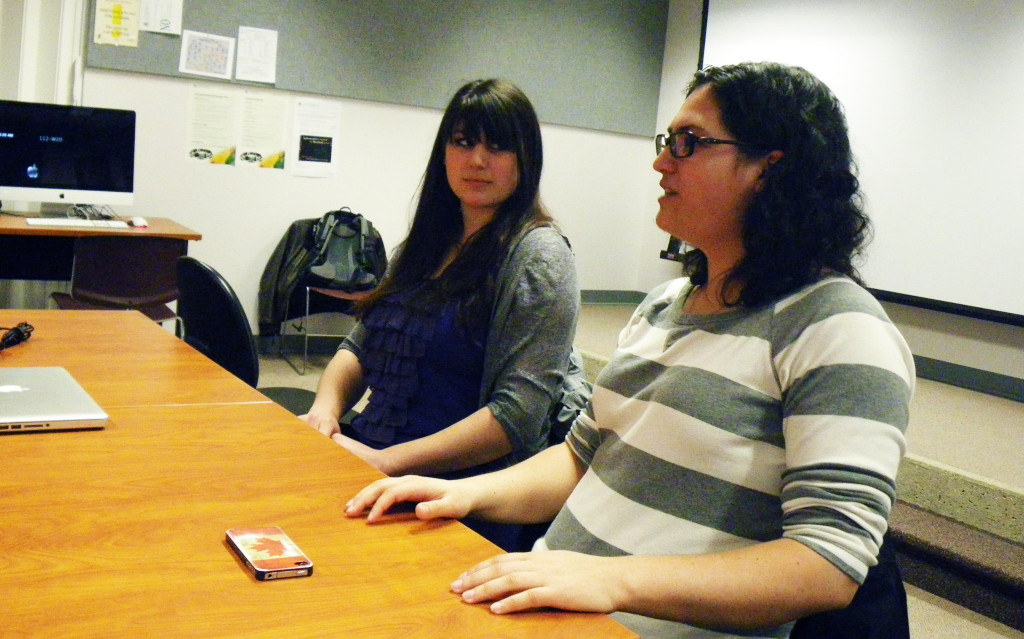 Neesha Desai and myself (left) speaking about representations of Women with Games at DiG 2014. Photo credit to Andy B.

In the past two years, gaming culture as seen a community-based revolution beginning with Anita Sarkeesian’s Kickstarter Tropes vs Women in Games starting a massive online controversy. Anita was attacked by an online hate mob after launching a project to make a series of videos examining sexist tropes in games. Since this controversy many feminist community members, gamers, and bloggers have also come forward to call out their experiences with harassment, hate and oppression within gaming. 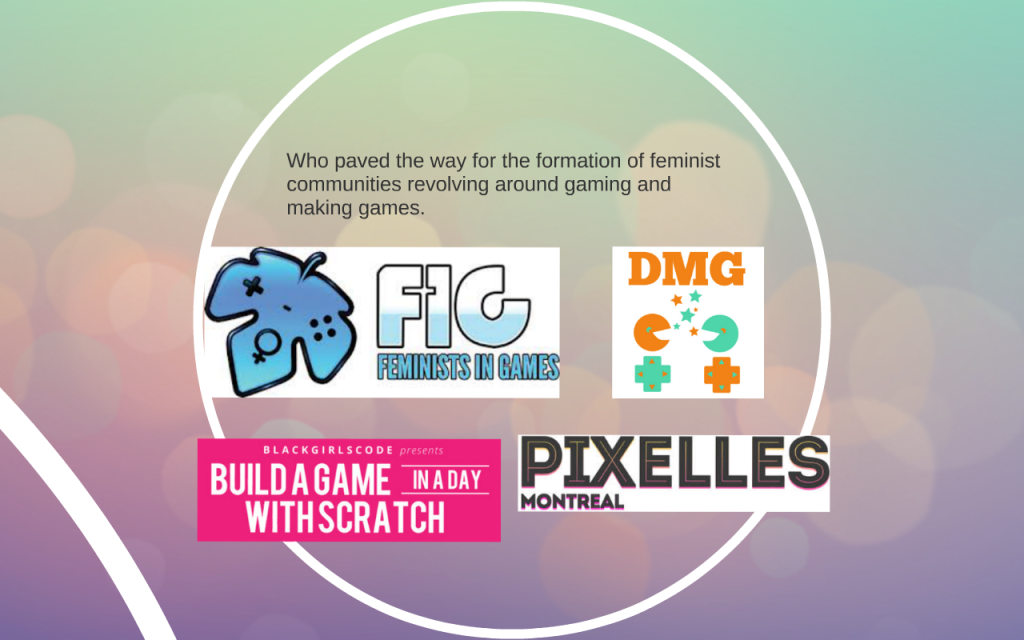 So to the best of my abilities I want to re-answer some of the questions that were asked during the panel.

We still need to push for more gender variant, trans, racial minorities, and queer characters in games because those characters were next to non-existent in games in the past year. Plus if we contrast with the number of games that were released featuring male protagonists we still have very few females represented in leading roles.

As well the Anita Sarkeesian debacle that resulted in a mass mob of harassment is also evident of the toxic online community for women in games.

Relating this back to personal experience, I have had experiences when I weigh in on a conversation in games I am met with the question “you play games? What games have you beat? What’s your Steam score?” and other ridiculous inquires into how I measure up as a “real gamer.”

3) How do we get more strong female representations in games?

I would’ve loved to hear Karin Weekes answer to this question.

My answer: But supporting feminist developers and games. A great way to do this is to sponsor games on Kickstarter and green light feminist content on Steam and other distribution systems. However as Anna Anthrophy notes in her book The Rise of Video Game Zinesters, making games is no longer a hobby exclusively for the wealthy and educated. Many softwares exist like Twine, Ren’Py, Gamemaker, and many others allow people to make games in their own homes. With distribution methods changing hopefully more games with unique and diverse ideas will become available on the indie market.

There is still the barrier of education though. This is way organizations like Ladies Learning Code, Black Girls Code, Rails Girls, and Dames Making Games are all amazing community built organizations devoted too educating people who are underrepresented in the field of technology and games.

4) How can allies, specifically men, support a feminist agenda in gaming communities?

My answer: It is important for allies to listen to the needs of the community they want to support and just listen in general. If you want to do some reading, here is Frances E. Kendall’s How to be an Ally if You are a Person with Privilege.

5) Capcom has recently started advertising a new release, Deep Down, that features zero women. When asked the company said that the story and setting didn’t have any female characters. Can you speak to this?

My answer: Well female characters, just like any other minority, will not automagically appear in your story or game unless you make the conscious decision to include them. And not consciously including them is the same as excluding them. This is not the first time this happened, look at Valve’s Team Fortress series – also no female characters – and amazing 3D artist Shaylyn Hamm took it upon herself to gender swap all the characters to create a female cast.