Hey readers! This post reflects my opinion only. ðŸ™‚ 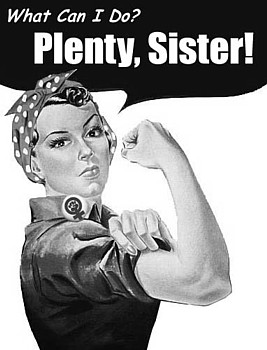 Ethics and Computing Science seems to be desperately lacking a feminist perspective. In taking a 300 level computing course on computers and society, I noticed immediately that the majority of discussions in the field of ethics explored the issue from a male euro-centric perspective. The discussions revolved around war, marketing, security, and development. I feel like our under-examined section on ethics completely neglected the complex intersectionality of the hierarchy of oppression in our society. This should be the core concept behind ethics. That ethics are set in place to protect the marginalized and disenfranchised members of our society; those who are victimized by others.

In my deconstruction I want to acknowledge the initial flaws, which made me feel this course was so irrelevant that I felt compelled to even criticize it. Firstly, the frameworks we were given to analyze situations included Relativism, Subjective Relativism, Kantianism, Utilitarianism, and Social Theory. All theories constructed by white european men living in a paradigm much different from our own. This does not acknowledge the diverse multicultural environment in Canada or North America, nor the fact that this euro-centric paradigm resides on stolen land. This propagates colonialism and disregards alternative knowledge structures.

Secondly there were many examples that arose within the course that would’ve struck an interesting discussion on the intersections between ethics with race, class, gender, and disability. I felt like one lone feminists in a sea of apathy, just because the issues in front of us were passed over unacknowledged. Some of these examples included the complete absence of any representation of alternate genders, races, and abilities in the videos shown in class, and the philosophers mentioned. Another example of a situation that begged a discussion about intersectionality and ethics would be the research ethics section. Who is conducting these experiments? People with money, people in power, and the dominant party in a white-euro paradigm… so men. Who are they conducting this ethically unsound research on? People of alternate religions and ethnicities, people of colour, and people who live in poverty. The disenfranchised and oppressed. Why was this power dynamic not acknowledged? Myself, othered as one of a fraction of females, felt the crushing weight of silence. As Cheryl Glenn examines in her book Unspoken: A Rhetoric of Silence, “silence is too often read as a simple passivity in situations where it has actually taken on an expressive power.” Here this class was asserting power over marginalized groups by not questioning the status quo. By not examining ethics as a tool to empower disenfranchised groups in society.

Finally there are alternative perspective to examine ethics from, for instance in the Feminist Ethics section of the Stanford Encyclopedia of Philosophy it states,

Alison Jaggar faults traditional ethics for letting women down in five related ways. First, it shows less concern for women’s as opposed to men’s issues and interests. Second, traditional ethics views as trivial the moral issues that arise in the so-called private world, the realm in which women do housework and take care of children, the infirm, and the elderly. Third, it implies that, in general, women are not as morally mature or deep as men. Fourth, traditional ethics overrates culturally masculine traits like “independence, autonomy, intellect, will, wariness, hierarchy, domination, culture, transcendence, product, asceticism, war, and death,” while it underrates culturally feminine traits like “interdependence, community, connection, sharing, emotion, body, trust, absence of hierarchy, nature, immanence, process, joy, peace, and life.” Fifth, and finally, it favors “male” ways of moral reasoning that emphasize rules, rights, universality, and impartiality over “female” ways of moral reasoning that emphasize relationships, responsibilities, particularity, and partiality (Jaggar, “Feminist Ethics,” 1992).

The above statement is staggeringly apparent when dealing with ethics and computing technologies. Another thing to acknowledge in the above statement is that sex and gender are separated. Please don’t read “female” traits where the text says “feminine”. All of trans, female, and male identified people have both “masculine” and “feminine” traits.

Does this mean most game developers wield this view of ethics? 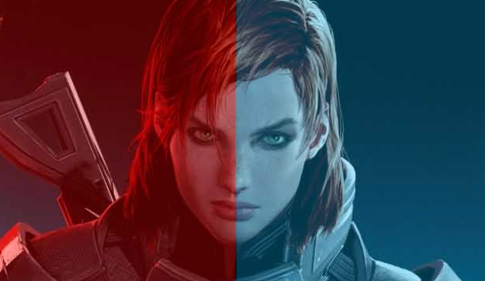 Role Playing Games actually create an entire ethical climate for the player to explore. For example Bioware is a huge influence in this aspect of the industry. With titles like Dragon Age and Mass Effect, both creating a world based around your moral choices in situations maybe we should take a step back and think about who is deciding what is “right” and “wrong” and how we are being taught to separate specific actions into each category. Video games are showing us, quite clearly, the moral judgments of the video game industry and what developers perceive as right and wrong.

On the Mass Effect wiki Bioware even states,

Abiding by Jaggar’s criticism of traditional ethics, lets think about the Charm skill. Bioware states, “compliments, clever diplomacy or a pleasant demeanor. Using Charm often encourages people to be more forthcoming or even willingly give extra rewards for assignments.” So as a reward for being “good” your character gains charisma, leadership skills, and intellect showing that these traits or values will help you prosper in the game as a good/morally right character. All the characteristics stated above are tangential to Jaggar’s overrated masculine values. The same advantages hold true for the Intimidate skill where a player can “browbeat people with coercion, insults or threats. Using Intimidate can frighten or threaten individuals into cooperating or handing over extra rewards for assignments.” These advantages value war, hierarchy or power, and domination, again masculine traits.

So it seems the moral choices in these Bioware games mirror my earlier criticism, where euro-centric male culture is being valued as the ethical standard and the perceptions of what is moral is heavily influenced by a male lense. This again serves to marginalize alternate indenities and viewpoints in the gaming community.