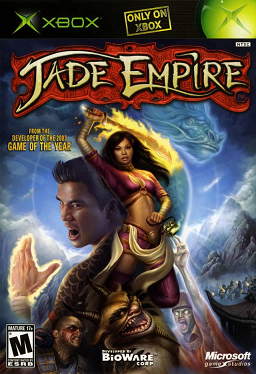 I recently played through Jade Empire, a Bioware RPG release in 2006 and set in a fictional East-Asian society.

It’s a little bit old so I played it on recommendation, buying the game off Steam. On a little side note, if you want to try it out I recommend setting it up on Windows XP, I was able to run it on Windows 8 but encountered a game ending bug half way through. Thus in order to finish the game I had to transfer my save files over to my Windows XP VM and hope for the best. Luckily it all worked out.

In the game I decided to play through as Wu the Lotus Blossom, the balanced female character. What I noticed after this point is that NPCs would continuously notice the fact that I am female, and comment on this abnormality. Part way through the game I became really intrigued and began taking screenshots of this phenomenon.

These interactions describe the game world and the rules and confines of the society you are exploring, and they construct a world with their own gender roles, social norms, and prejudice. Ironically these worlds often mirror the constructs of our own society, and remind women that it is frowned upon that they are taking part in many occupations and behaviours.

The following are some examples, where you are told women don’t part take in duels, theater, grave digging, or politics. 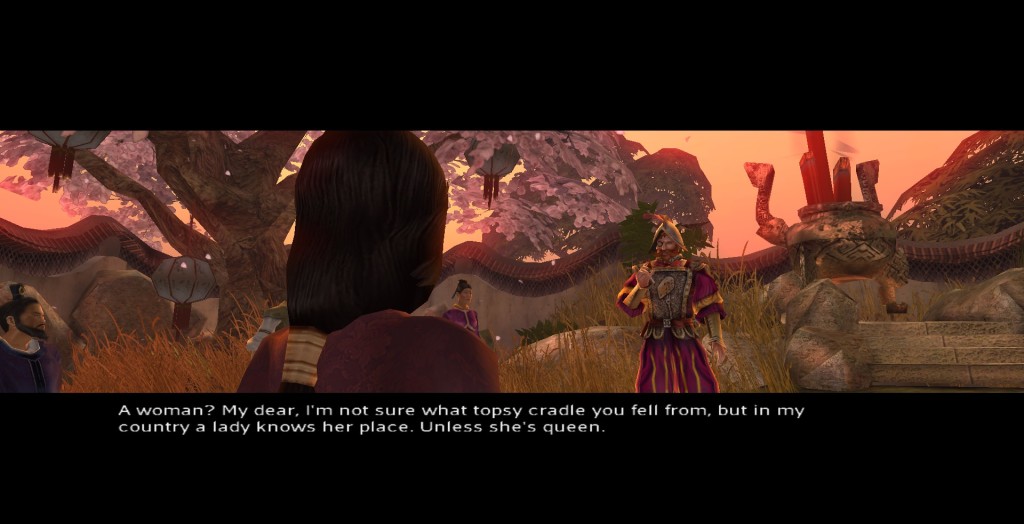 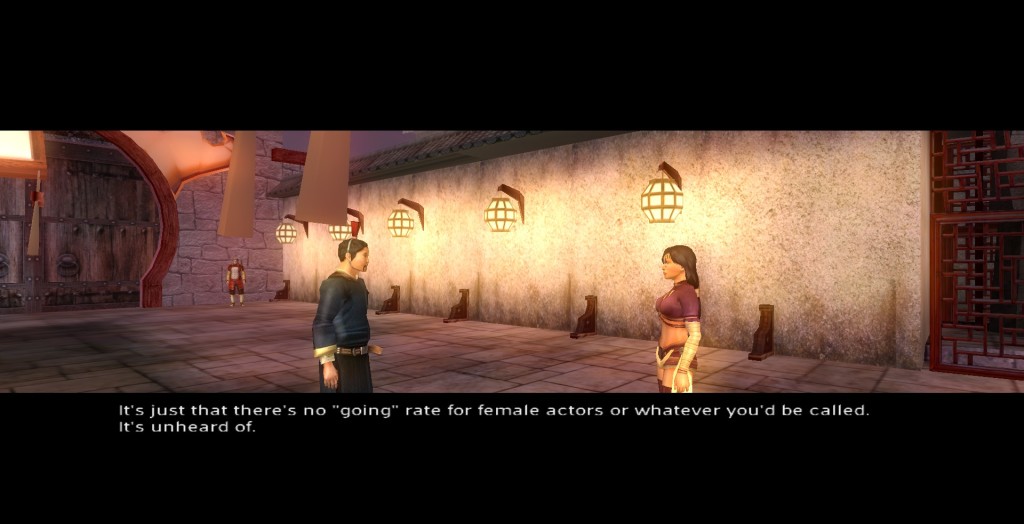 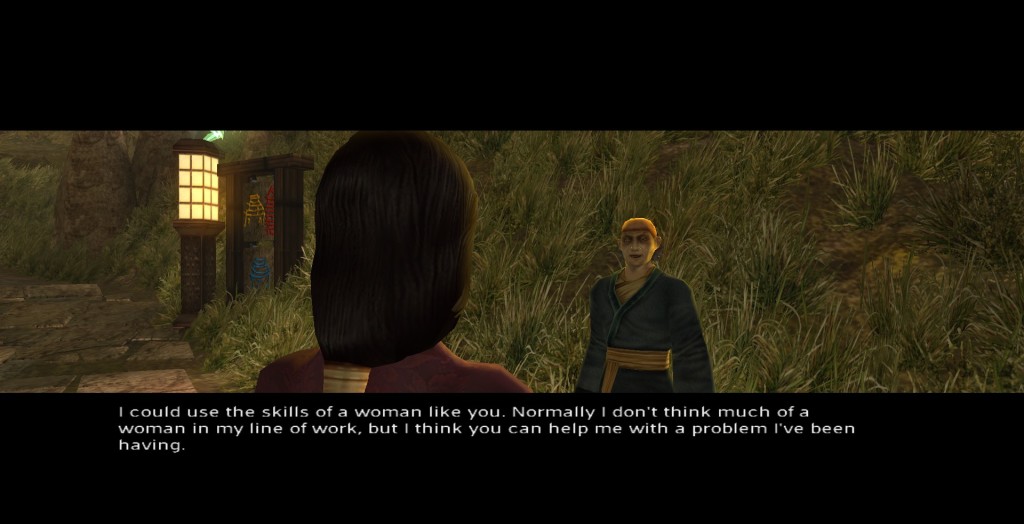 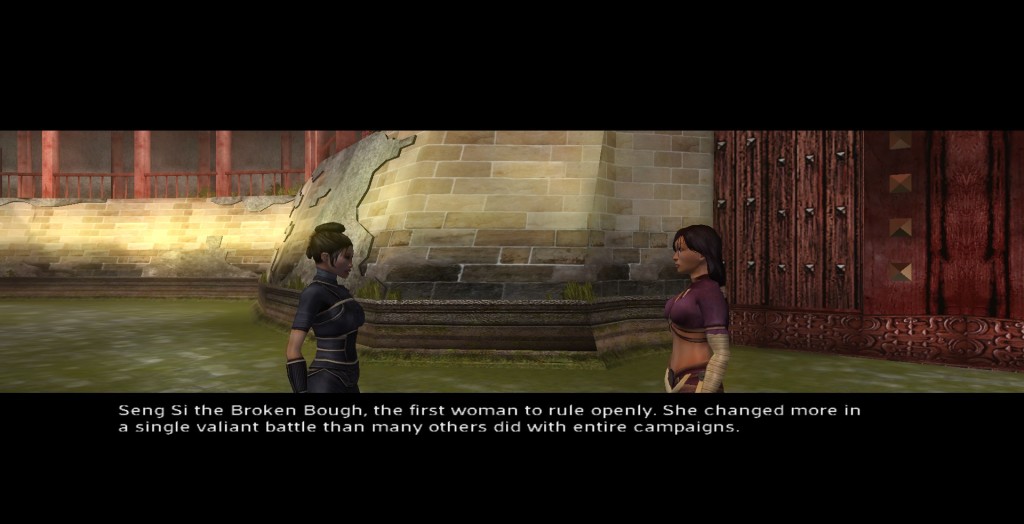 Another harmful belief that is being propagated is the belief that if a woman exists in a role it means she is the exception to the rule. Women hear this all the time in the statement, “You are pretty good at X, for a girl.” or “You do X like a man.” This perpetuated that men are always the default, and that it is rare and extraordinary for a woman to be successful, making it more difficult for more women to succeed when pitted against each other and making female role models less relatable.

Now it is important to be conscious that this game is a fantasy world modeled of a western interpretation of an ancient East-Asian culture. In fact the game is really a mish-mash of ancient Chinese, Japanese, Korean, and Thai influences. This means that the cultural context these NPCs are providing you with is completely fabricated. So the writers made the decision to model this society with historical sexist influences, when they could have made the choice to deviate with no loss to the “authenticity” of the world. This is basically the argument, if it’s not trying to be realistic, why is it being prejudice without commentary? Is it because the developers just never considered that reminding players there is so much that people are barred from because of their gender in a completely non-satirical way is propagating that notion? I hope not.

To be fair you are allowed to be a woman in the game, and the game features strong powerful women such as Dawn Star, or Silk Fox. However I would argue it ultimately undermines your strong female protagonist by making the whole game a damsel in distress story where you have to save the mysterious, intangible, and beautiful female representation of the water dragon.

This game is still guilty of the Hey Sweetheart Scenario, originally discussed here by Becky Chambers from the Mary Sue. Which is a trap a lot of Bioware games seem to get caught in. By removing these sexist throw away lines, there is no detriment to the game. Wait. Maybe you could even create something even more fantastical, …like a world where women are treated as equals to men, wouldn’t that be new and creative. Either way continuously reminding the female player that she is female, and thus is restricted from certain aspects of the public sphere just makes the weight of dealing with sexism in real life heavier.